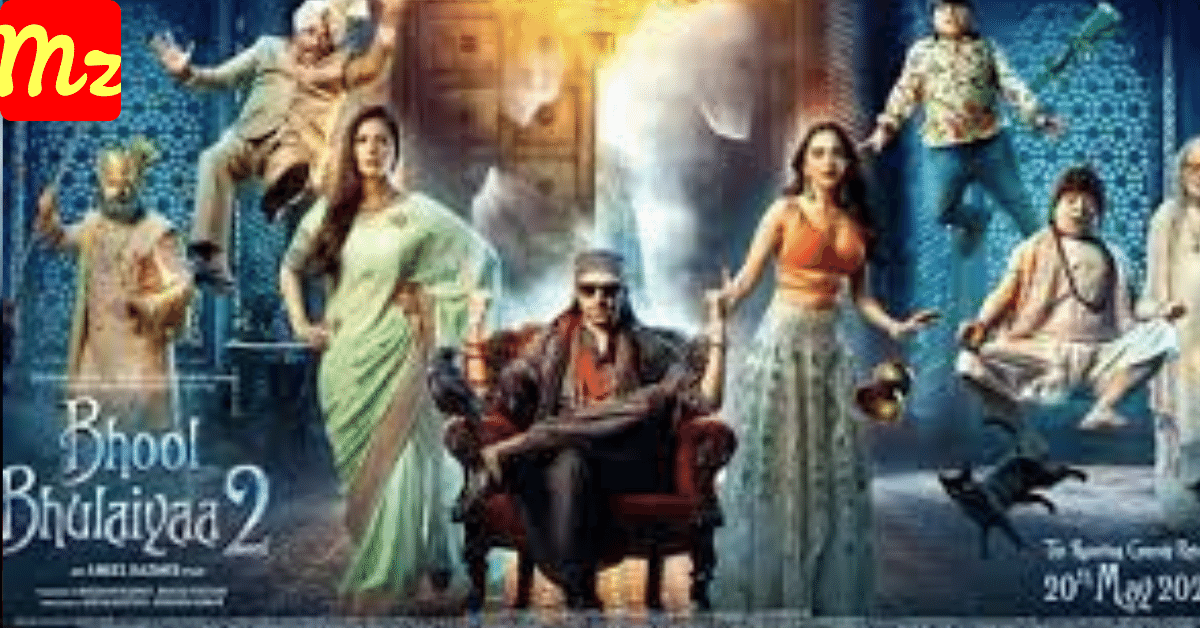 Kartik Aaryan and Kiara Advani’s film ‘Bhool Bhulaiyaa 2‘ has crossed the Rs 175 crore benchmark at the box office in his fourth week. Anees Bazmee’s horror-comedy film, has become one of the highest-grossing Bollywood films of 2022.

The film ‘Bhool Bhulaiyaa 2’ starring Kartik Aaryan and Kiara Advani has rocked the box office. Karthik’s film has performed better than expected in terms of collections and is moving ahead with a good pace. The film has earned more than Rs 84 crore in  the sixth day of its release.

It gets the right dose of comedy in Bhool Bhulaiyaa 2. Stars like Karthik Aryan, Rajpal Yadav, Rajesh Sharma and Sanjay Mishra have done wonders with their comic timing. Tabu is very solid in her character and her work is also good. Kiara Advani has also played her role well. The chemistry of Karthik and Kiara is worth watching. Karthik is known only for his onscreen romance and comedy and both his forms have been seen in this film. In this, he has also shown wonders.

If you want to get some scary feeling by sitting among the people in a big cinema, then this film is fine.

The story of the film Bhool Bhulaiyaa 2 begins with a mansion , Where Manjulika is troubled by her soul, the tantriks have locked her in a room. After being imprisoned in the mansion room for 18 years, Manjulika is free, then the game of fear begins here. Rajpal Yadav is once again doing wonders in the iconic role of a small Pandit. So on the other hand, Karthik Aryan is engaged in getting people to meet the dead family members by becoming Roohbaba.

The story of the film ‘Bhool Bhulaiya 2’ is a complete film. Concepts of superstition are the soul of the film. Hindi cinema has been getting life from such stories in every era. Something similar this time too. Hindi cinema is in its toughest phase.

The budget for making the film  is Bhool Bhulaiyaa 2 is 90 crores starring Kartik Aaryan and Kiara Advani .

Karthik Aryan has become the most expensive star of his generation. He has been in the industry for 9 years but in terms of fees, he is seen giving competition to even big stars.

According to a reports , Kiara Advani is also in the lead role in the film ‘ Bhool Bhulaiyaa 2 ‘ and for this she has been paid Rs 4 crore.

Bhool Bhulaiyaa 2′ did a business of about Rs 8.51 crore on the sixth day of its release. If we talk about it earlier, film director Anees Bazmee’s film started with a bumper opening of Rs 14.11 crore on Friday. After this, it did business of Rs 18.34 crore on Saturday, Rs 23.51 crore on Sunday, Rs 10.75 crore on Monday and Rs 9.56 crore on Tuesday.

Technically the film ‘Bhool Bhulaiya 2’ gets help from its cinematography. Manu Anand has managed to keep the mood and tone of the film similar to the previous ‘Bhool Bhulaiyaa’. Ajay Verekar and Deepak Chaudhary have impressed in the decoration of the film’s sets and the actual location. The editing of Bunty Nagi in the film is a bit nice and if this film could have been shortened to just two hours, it would have been an amazing film

The film has some great laughter that reminds you of the good old days that Gives u the good old days comedy Vibes . Talking of the performances , Tabu(She is the queen of the film) has done fantastic,mind-blowing and excellent performances. Kartik Aaryan also has done a great job. He should do such kind of films that are comedy in nature and his comic timing is perfect , Kiara advani has just a normal female lead role to just give a supporting side, though she marks her presence. Talking of other supporting characters Rajpal yadav Sanjay mishra and Ashwini kalsekar stand out big with their comic timings and make you laugh throughout.